When it comes to flamenco and the evolution of an art form, almost all historians describe accounts as approximations because so little of its history has been written down. These uncertainties are kept alive as stories, but the storytellers often contradict one another or take on the character of the author who sometimes imbues the story with their own prejudice or bias.

For example if a reporter interviews a flamenco from Córdoba, the interviewee will almost definitely claim that Córdoba is the “cradle of flamenco.” However the interviewer is likely to receive the same information from a flamenco in Jerez de la Frontera, Seville or Granada, because each of these places has been instrumental in the development of flamenco at different times.

Regional pride pervades amongst flamenco artists from different regions in Andalucía. Regionalism is also reflected in the many different song forms or palos, and these are grouped into different song families. Some families are classified through measured rhythmic cycles, which act as a marker for identification. For example tangos in 4/4 time is both a palo and a song family, which includes the palos of tientos, tangos and tanguillos.

Different styles have also developed within certain song forms and this has contributed to the convoluted classification of styles. For example most flamenco historians will connect the song form of soleá to Cadíz or Seville, but there are several soleares specific to precincts in Seville like soleá de Triana, or different cities in Spain such as soleá de Alcalá, de Jeréz, de Cadíz, de Lebrija and Utrera. Consequently there are hundreds of song styles in flamenco because adaptations have developed over time amongst specific communities and were popularised by key individuals.

As flamenco dancers we concern ourselves firstly with form and the practice of repeating measured sequences with musical accompaniment. Only through experience do we encounter stories about different song forms, which further our knowledge and deepen our relationship to the art form.

An unexpected film documents an ensemble of female flamenco dancers during a 6-day rehearsal process in 1997. The film titled Flamenco Women culminates in a dramatically staged event, which takes place in a large, private drawing room before a swarm of celebrities.

From the director and musician Mike Figgis the film is captured in both a showing room and the famous Amor De Dios studios in Madrid. The dance protagonists Eva La Yerbabuena and Sara Baras are pioneering artists of their generation and practice flamenco in a way that has now become standard for female performers in the 21st century.

Footwork plays a much more significant role in their work compared to the work of women of former generations. Still maintaining the traditional feminine role these women compose their solos much the same way as jazz musicians do, referring back to the rhythmic meter underpinning the structure of the dance.

Figgis captures a moment in flamenco’s history and manages to convey a key quality through the poetry and imagery of flamenco. Like a fly-on-the-wall documentary the film records realistically the labour of the rehearsal process. Both Yerbabuena and Baras grapple to convey their intentions to musicians and other dancers steeped in the same discipline. Beyond translation these ideas alter the relationship between steps and their traditional arrangements.

The space these artists create while still maintaining orthodox forms of behavior – as flamencos and as women in flamenco – empowers the next generation to take more risk. 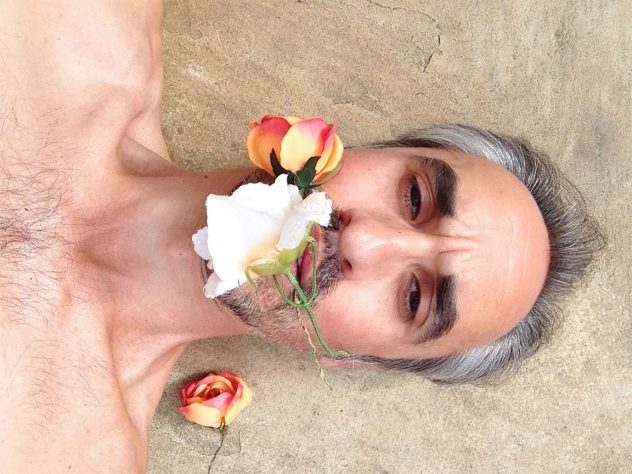